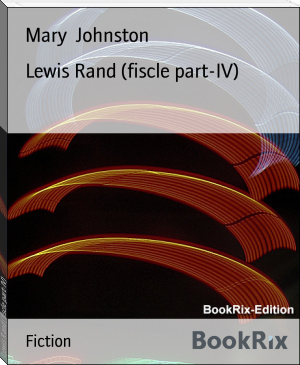 Lewis Rand (1908), the fifth novel by the Virginia-born writer Mary Johnston, has been singled out by some critics as her best work. A historical novel set in Virginia at the beginning of the nineteenth century, it tells the story of Lewis Rand, the poor son of an Albemarle County tobacco-roller who, under the mentorship of Thomas Jefferson, escapes poverty, joins the bar, and is elected to the General Assembly before his ambition, and an impulsive murder, finally strikes him down. The backdrop for Johnston's tale is the fierce, sometimes violent rivalry between the populist Democratic-Republican Party and the more aristocratic Federalists, a rivalry echoed by the competition between Rand and the highborn Churchill and Cary families. Lewis Rand was enthusiastically received by critics, who admired Johnston's handling of her historical material. In the Smart Set, H. L. Mencken lauded its achievement, while the New York Times declared it "one of the strongest works of fiction that has seen the light of day in America." Critics reserved special praise for the character of Jacqueline Churchill, Randolph's wife, with one reviewer placing her goodness in the context of the more complex understandings of womanhood raised by a recent, nationally publicized murder trial. Subsequent critics have situated Lewis Rand among the author's best works, but by and large Johnston is ignored by twenty-first-century readers.