Just another day in highschool By: Mathew Harrison 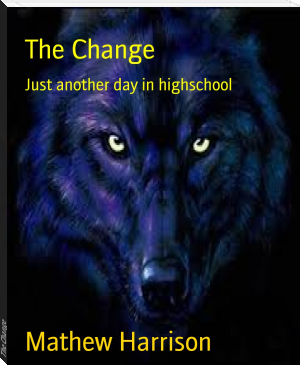 INCOMPLETE
Jake is a freshman in his new high school, with a low self-esteem and a dream that one day he can join the football team and become their star player, when he is attacked out in the woods one night he walks away with a brutal scratch to his side, and twin puncture marks on his neck. Starting the next day, he begins to notice changes in himself, he is much stronger and faster than he ever was, his senses are at a level higher than he could've imagined, and he feels a confidence stronger than anything he ever had before. He is confused about what is going on, but pleased, until he is approached by two women from his school, one stating that she is a vampire, the other a werewolf. The two mystery girls inform him that he has been changed into a hybrid of them, and he must decide which one of them will be his mate, and which one he will have to kill. Learning what he has become, he struggles to make his decision while he is being trained by the two to control the different aspects of his confusing nature, and realizes that discovering the difference between love and lust in the middle of this, isn't any easier than it would be for the average teenager.
WARNING: The purpose of the novel is to give an element of the supernatural in high school, but doing so in a format that we all would have thought while we were in school. Basically all of the sex, drugs, drinking that we experienced in high school, will be touched on in this book. Not advised for people without tolerance of crass behavior.


This Book is Part of a Series "Just another day in highschool"
All Books in this Series:
Read Book Download
Keywords:
Werewolf, Vampire, Highschool, Hybrid, Sex, Explicit, Teenagers
Posts and Comments