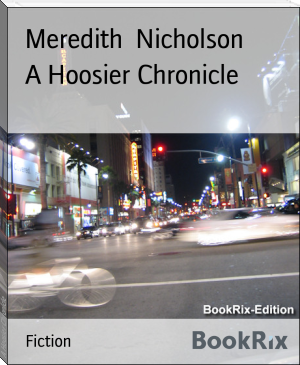 Meredith Nicholson (December 9, 1866 – December 22, 1947) was a best-selling author from Indiana, United States, a politician, and a diplomat.Nicholson was born on December 9, 1866 in Crawfordsville, Indiana, to Edward Willis Nicholson and the former Emily Meredith. Largely self-taught, Nicholson began a newspaper career in 1884 at the Indianapolis Sentinel. He moved to the Indianapolis News the following year, where he remained until 1897.

He wrote Short Flights in 1891, and continued to publish extensively, both poetry and prose until 1928. During the first quarter of the 20th century, Nicholson, along with Booth Tarkington, George Ade, and James Whitcomb Riley helped to create a Golden Age of literature in Indiana. Three of his books from that era were national bestsellers: