A Catalogue of Books and Announcements of Methuen and Company, October 1902

By: Methuen and Company 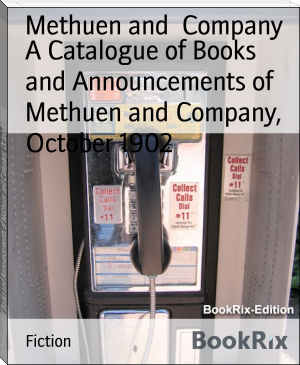 This new edition of the works of Charles and Mary Lamb, in five
volumes (to be followed by two volumes containing the Letters), will
be found to contain a large quantity of new matter both in prose and
verse—several thousand words in all. Mr. E. V. Lucas, the editor, has
attempted in the notes, not only to relate Lamb’s writings to his
life, but to account for all his quotations and allusions—an ideal of
thoroughness far superior to any that previous editors have set before
themselves. A Life of Lamb by Mr. Lucas will follow next year.