The Essays of Montaigne 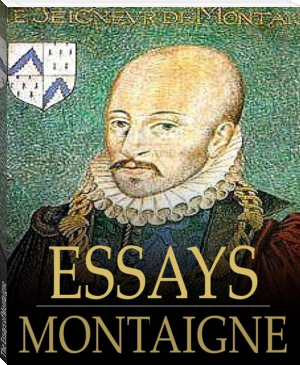 The Essays of Michel de Montaigne cover a wide range of topics and explore his thoughts, his life and learning in written form. The essays are widely regarded as the predecessor of the modern essay: a focused treatment of issues, events and concerns past, present and future. Montaigne wrote in a kind of crafted rhetoric designed to intrigue and involve the reader, sometimes appearing to move in a stream-of-thought from topic to topic and at other times employing a structured style which gives more emphasis to the didactic nature of his work. His arguments are often supported with quotations from Ancient Greek, Latin and Italian texts, which he quotes in the original source.

Montaigne's stated goal in his book is to describe man, and especially himself, with utter frankness and honesty ("bonne foi"). He finds the great variety and volatility of human nature to be its most basic features, which resonates to the Renaissance thought about the fragility of humans. According to the scholar Paul Oskar Kristeller, "the writers of the period were keenly aware of the miseries and ills of our earthly existence". A representative quote is "I have never seen a greater monster or miracle than myself."

He opposed the conquest of the New World, deploring the suffering it brought upon the natives. He is highly skeptical of confessions obtained under torture, pointing out that such confessions can be made up by the suspect just to escape the torture he is subjected to. In the middle of the section normally entitled "Man's Knowledge Cannot Make Him Good," he wrote that his motto was "What do I know?". The essay on Sebond ostensibly defended Christianity. However, Montaigne eloquently employed many references and quotes from classical Greek and Roman, i.e. non-Christian authors, especially the atomist Lucretius. Montaigne considered marriage necessary for the raising of children, but disliked the strong feelings of romantic love as being detrimental to freedom. One of his quotations is "Marriage is like a cage; one sees the birds outside desperate to get in, and those inside desperate to get out." In education, he favored concrete examples and experience over the teaching of abstract knowledge that is expected to be accepted uncritically. The remarkable modernity of thought apparent in Montaigne's essays, coupled with their sustained popularity, made them arguably the most prominent work in French philosophy until the Enlightenment. Their influence over French education and culture is still strong.


This eBook is available at the following stores (among others):