Book one: Enemies By: MJ Fjeld 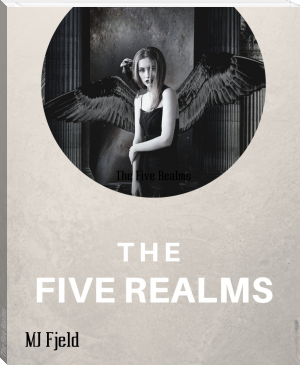 Jenny Blue is an anomaly, not only to Earth, but also to the realm she belongs to. The realm that thinks she's dangerous. The realm that tries to keep Jenny from existing. In order to be free of them, Jenny, Harper and her companions have to cross the five realms, facing Demons, Dragons, Angels and Death in order for Jenny to be free of running, in order for her to be free to simply exist. Which, as it turns out, isn't nearly as simple as it sounds.