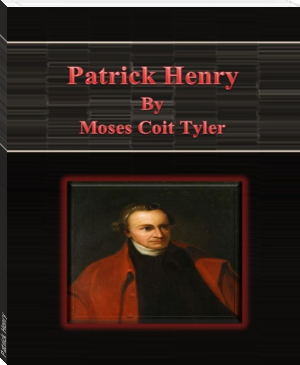 In this book I have tried to embody the chief results derived from a study of all the materials known to me, in print and in manuscript, relating to Patrick Henry,—many of these materials being now used for the first time in any formal presentation of his life.
Notwithstanding the great popular interest attaching to the name of Patrick Henry, he has hitherto been the subject of but one memoir founded on original investigation, and that, of course, is the Life by William Wirt. When it is considered, however, that Wirt’s book was finished as long ago as the year 1817,—before the time had fairly come for the publication of the correspondence, diaries, personal memoranda, and official records of every sort, illustrating the great period covered by Patrick Henry’s career,—it will be easy to infer something as to the quantity and the value of those printed materials bearing upon the subject, which are now to be had by us, but which were not within the reach of Wirt. Accordingly, in his lack of much of the detailed testimony that then lay buried in inaccessible documents, Wirt had to trust largely to the somewhat imaginative traditions concerning Patrick Henry which he found floating in the air of Virginia; and especially to the supposed recollections of old people,—recollections which, in this case, were nearly always vague, not always disinterested, often inaccurate, and generally made up of emotional impressions rather than of facts. Anyone who will take the trouble to ascertain the enormous disadvantages under which Wirt wrote, and which, as we now know, gave him great discouragement, will be inclined to applaud him for making so good a book, rather than to blame him for not making a better one.