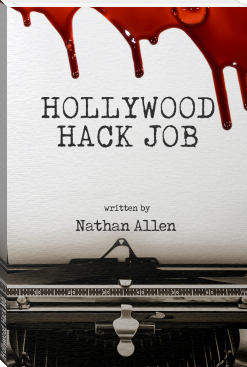 FALSE ICONS AND SACRED COWS: Fr. Arthur Gerdtz is on a mission from God. His church is fighting for relevance in the modern world. Attendances are dwindling, atheism is rising, and Instagram celebrities are bigger than Jesus. This veteran priest is in danger of losing his religion – until he brings some Old Testament values into the twenty-first century.

THE HONEY TRAP: Two lost souls are drawn to each other one night via Tinder. He is a successful businessman, searching for a reprieve from a life of solitude. She is a sweet-natured but damaged schoolgirl who just wants to be understood. Both long to connect with another human being. They know that meeting up is a bad idea, and they know their actions could have far-reaching consequences. What they don’t know is that the other hides a secret.

THE SHARPEST KNIVES IN THE DRAWER: Cameron Knight and Eric Haas discover the realities of being a Hollywood screenwriter haven’t quite met their expectations. Their dreams of living the high life have fallen by the wayside and they find themselves hopelessly out of their depth, struggling to finish the lowbrow horror gore-fest they have been hired to write. Do they have what it takes to make it in Hollywood? How far they are willing to go to succeed in such a cut-throat industry? And when you have no limits, how do you know when you’ve gone too far?