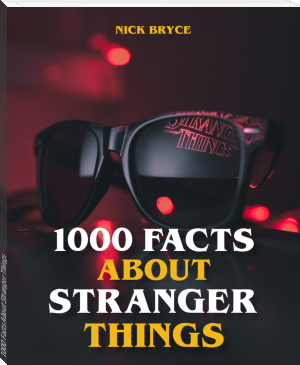 Stranger Things is a science fiction horror show that streams on Netflix. It is a love letter to 80s pop culture - most specifically Stephen King, Steven Spielberg, and John Carpenter. Its range of influences is vast though and takes in everything from John Hughes to Lovecraft to Clive Barker to Project MKUltra.

1000 Facts About Stranger Things contains one thousand fascinating and eclectic facts that encompass all facets of this amazingly popular show. If you think you know absolutely everything there is to know about Stranger Things then this book would beg to differ! Hopefully there will be plenty here that is new - even to the most dedicated Stranger Things superfan.

Get ready for a positive slew of facts about all four seasons of Stranger Things!