Season One By: Nick Venom 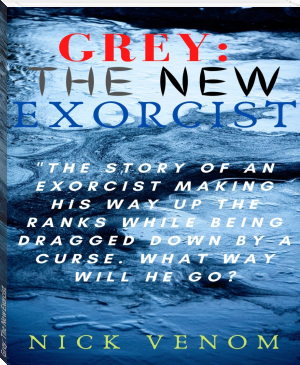 Grey was chasing after the spirit Spectre who was haunting people in alleyways at night. Grey was new to being an exorcist and this was his third case. He used himself as bait to lure out Spectre. He saw Spectre appear then he pulled out his crucifix and threw out bible bookmarks at the spirit. Spectre dodged the bookmarks and floated passed him. Grey wasn’t letting him escaped and so he chased after Spectre not letting him out of his sights. They were near a beach and there were stairs leading down to the sand. Spirits couldn’t step on the water unless it was polluted, but these beaches were well taken care of by the locals. Spectre turned the corner and went down to the sand. Grey did the same but ran into a local. He bumped into her nearly knocking her down the stairs.

She glared at him. “You better be. You almost knocked me down the flight of stairs.” She responded.

“Sorry, I’m an exorcist following a spirit right about now.” He told her searching the beach for Spectre.

“You look more like a crack addict.” She told him. He looked at himself. He had white hair, wore a white cloak with red streaks and black boots. He also wore a black t-shirt and pants.

“I’m sorry the names Grey. I’m from the new exorcist business; The Spirit Slayers.” He said while still on the look for Spectre.

“Well sorry, but I have to go.” He told her running off crucifix on hand. She scoffed at him as he ran off. He continued to search for Spectre but came out empty. Spectre’s gone. It won’t be tricked so easily again: Grey thought.

“If you didn’t talk to that girl then Spectre would be eliminated.” A dark voice told him.