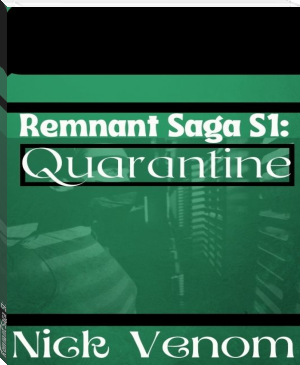 “Dead people… Run… They don’t die… Help!” The man on top of Lutz stopped trying to bind his arms, looking up as the shouting and gunfire neared him. He glanced at Lutz, spitting on him before standing up. He grabbed Lutz by the arms, holding them with one hand.

“Get up, kid.” He said, rising to his feet. He helped Lutz up, making him walk in front of him with the barrel of his pistol against his back. “Don’t try to escape or I'll pump up with lead.” He threatened as they moved towards the sounds. They quickly reached the corner, turning it to find a massacre awaiting them. Bodies of dead gangsters were twisting and jerking unhuman-like and blood was spurting out of many. The skin was slowly losing its pigment and the eyes were flushing with blood, covering the sclera.

“What the hell!” The man exclaimed, releasing Lutz. “Damn, you got a lucky break, kid.” He threw him forward towards the zombies before turning tail and sprinting away from the massacre. He attempted to jump the fence but couldn’t do it. Instead, as his backup plan, he ran through the other side of the yard but was swiftly ambushed by the undead.