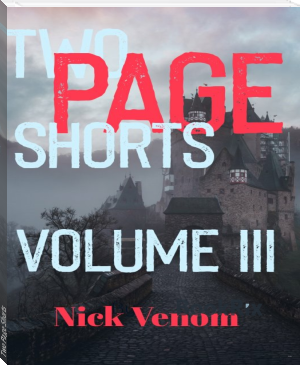 “A year has passed since we found this community. Since then, our group has flourished and expanded. The community of Grandville opened their arms to us. The leader, Hans, invited us in and tasked us with jobs. Most of my crew was put on guard and scavenger duty with some being used to train others with guns. Jacob and Jessica have gotten used to living here. They are both tasked with maintaining the gates, but, recently, I’ve seen them flirting while slacking on their job. Young love. Revultinating. I’m turning 27 in a week with no goals in mind. Ghost has opened up to us about his passions. He wants to ditch his military life and live here as a painter. Echo has done a similar thing, except that he wants to become a farmer. ‘A quiet life’ he says. Something impossible for us a year ago

“Blood! Guts! Blood!” A voice whispered. The four kids stood frozen. The door slam behind them. Lindsay shrieked. “Blood! Guts! Blood!” The words echoed. The words were much clearer now. The voice echoed the words again, this time it wasn’t a whisper. Ryan rushed towards the door trying to unlock it, but to no avail. The door would not open. Alan helped out Ryan with the door, but it wouldn’t move an inch.

Ryan and Alan couldn’t hear Grace’s screams anymore. With the worst in mind, the two rushed to find Grace.

“Our company can’t afford to renovate such a high-risk house. There was a bloody murder here only two weeks ago. You can’t expect somebody to live here yet.” He spat at the realtor. “The God damn police haven’t cleaned the place out.” he turned away from her and started walking towards his pickup truck. A red pickup with no rear license and peeling paint. The driver’s mirror was dented and the hood was floating, slightly under the guy’s line of sight. He got into the car and shouted. “If you want to renovate this house, then do it with your own money! Otherwise, leave this damn house alone!’ He drove away in a huff of smoke. The realtor stomped around in a fit of anger before getting in her red Blazer truck and hurtled away. Max disappeared without a trace. The neighbor opened his front door to see what the commotion was going outside but noticed nobody. His porch was very revealing and left little spots to hide aside from whenever the door was opened. A small hiding spot was created whenever the door fully extended and hit the wall to it's left creating a triangle of confusion. The neighbor looked around his porch and front lawn not looking at the hiding spot that he created. Fearing the safety of his family, Police officer Lo, drove his family to his parents. After attempting to stop Max from killing Allison, which failed but led to Max escaping injured. Lo waited patiently every day for Max to arrive and dish out his revenge. Two weeks and he hadn’t shown up. Lo walked into his home and closed the door not seeing Max hiding in the triangle of confusion.

Tank winded up a punch. Grian looked at his sides and noticed Flame’s men surrounding him. The only way not blocked was behind him. The grim reaper stood behind him. “See ya!” Tank shouted. He threw the punch and hit Grian, dead center. Grian propped his dagger in front of him. The force of the punch knocked off the dangerously slim and weak Grian off the rooftop. Grian dropped his dagger and held onto the ends of the rooftop. Tank chuckled as he watched Grian holding onto the rooftops for dear life. “You had a chance. But you sliced my offer. Now you’re about to die.” Tank laughed as his muscles retracted. Tank crouched down and plucked off one finger. The men around him laughed. He plucked off another finger. Then another. Grian’s grip loosened, dropping his right hand. It dangled in the air aimlessly. “Have you ever heard of the phrase, A titan rises slowly, but falls quickly?” Tank asked. The men around him sneered and joked at Grian’s expense. “Guess that phrase was about you.” Tank plucked all five fingers of his left hand, dropping him. Tank let out a big laugh as he watched the fear in Grian’s eyes grow dark.