Herald To The gods 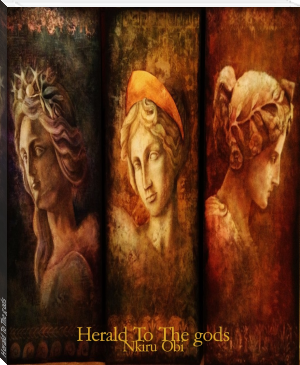 This is a story set in ancient Greece.

It starts off as a love story between Greek God Hermes and a slave girl Althea. Hermes seduces Althea in her dreams for many nights until they both fall in love with each other.

Reports are presented to the goddess of witchcraft Hecate by the three Furies, Hypnos who was the god of sleep and his brother Thanatos who was the persona of death. They complain to Hecate about Hera’s acts of vengeance against innocent victims and had come to her for a solution. Hecate in turn goes to Drako an ancient dragon of wisdom who reveals a way to punish Hera, which was to strip her of her immortality and powers and to also serve as a new dawn of judgment for all the other gods who had committed their own atrocities.

Hera who always punished all those who spoke against her punished Althea for being disrespectful to her by banishing her to be imprisoned at the floor of Poseidon’s realm, at the bottom of the sea, while enduring labour pains. She also grants Althea immortality to ensure she endures this punishment for eternity. Punishing Althea was also her way of punishing Hermes for always helping Zeus’ adulterous ways.

All the gods were put to sleep for a thousand years in preparation for the judgment process Hecate began, while mankind evolved and the ancient keepers took over the duties of the gods in the shadows. Eventually the gods awaken from their slumber, Althea is rescued but her children die after birth and she also joins them soon after causing Hermes to boil in rage and seek revenge against Hera.

Hermes leaves Althea’s soul in the care of Persephone and Hades in the underworld, and in her time with them she finds incredible strength and sheds every shred of cowardice and rallies up millions of souls from the underworld to match on Olympus to demand the right of Callarum which will give her the right to fight Hera physically on equal footing, in accordance with ancient laws.

While enforcing the right of Callarum, Hecate’s instrument of justice arrives on Olympus and punishes Hera severely and gives a mild punishment to the other gods to remind them of the other of things.

Reading Sample
$0.00
Keywords:
Even the gods need to be reminded of the order of things.
Posts and Comments