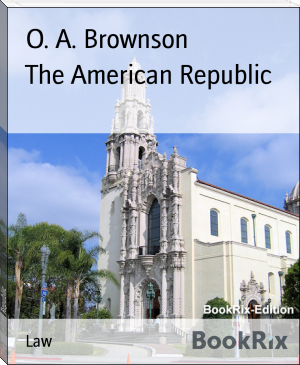 Orestes Augustus Brownson (16 September, 1803 – 17 April, 1876) was a New England intellectual and activist, preacher, labor organizer, and noted Catholic convert and writer. Brownson was a publicist, a career which spanned his affiliation with the New England Transcendentalists through his subsequent conversion to Roman Catholicism.
Brownson was born on September 16, 1803 to Sylvester Augustus Brownson and Relief Metcalf, who were farmers in Stockbridge, Vermont. Sylvester Brownson died when Orestes was young and Relief decided to give her son up to a nearby adoptive family when he was six years old. The family raised him under the strict confines of Calvinist Congregationalism on a small farm in Royalton, Vermont. He did not receive much schooling but he immensely enjoyed reading books. Among these were volumes by Homer and Locke and the Bible.[1] In 1817, when he was fourteen, Orestes attended an academy briefly in New York. This was the extent of his formal education