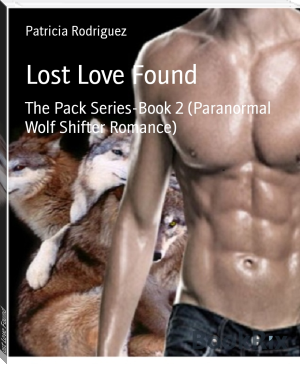 The year is 2113. When he came to he was lying on a hard metal table, someone with a mask covering their face was coming at him with a syringe. He couldn't move, he was strapped to the table. The smell of antiseptic filled the air.

Waking with a jerk, he could still smell that damn room. These dreams always made him question who he was and were he was when he woke up. “My name is Steve! My name is Steve!” he repeated over and over till his mind cleared. He looked around to make sure he was still in the year 2233. He hadn't had these dreams in years. Trying to remember the last time he'd had them.......was..... shit 100 years ago.

The only reason he was having the damn dreams again was from the other days incident. Dominic his best friend and alpha, found out Steve was part of the militant group. To save his pack's alpha's soon to be mate Remi, Steve shot Dominic. Well, Dominic, Devon and LT. They were all flesh wounds. He wasn't going to let the militant get their hands on Remi. She had come from the past in a strange kind of fog from the year 2013. She had been through a lot. From the "Disaster of 2012", lossing her husband and children, to showing up in 2233. He wasn't about to let her be a test subject.

Even though the pack had done a good job keeping her secret, Dominic pissed off the wrong male. Making the male, John go rouge. John went to the authorities, who happened to be the Militant Group. John told them all about Remi and how she got there. Steve knew this because he was there when John showed up.

Every thing had been going as planned. He had kept his secret for 120 years. But when the militants had tried to abduct Remi. Steve had to make sure he was the person in charge of the mission.

Knowing this could put Steve in a sticky situation. He had to save his pack. This was the only way.

This Book is Part of a Series "The Pack Series"
All Books in this Series:

To understand the set up of this book you might want to read the first book of this series.

And thank you for your support!!!