book 1 in the "Life" series. By: Patricia Silva 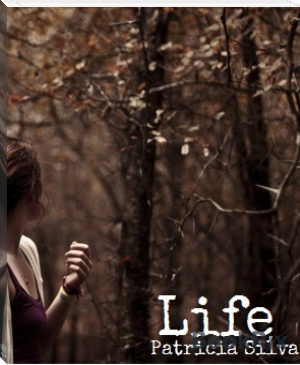 In the past 5 centuries Tyren hasn't been too bright. When it was announced that two young wizards obtain the gift of life, excitement arose throughtout the planet. Life is the highest, and rarest of all the gifts. A gift is a specific part of magic that a creature's abilities lie in. The only problem is that Siena Hunt can't control even the basics of her gift of life, and she is expected to become the princess, and eventually queen, of Tyren.
Siena's mentor, Tomas Carter, cares about her very much, enough to keep certain things from her. Now, he must teach Siena all the lessons he's been holding back, without revealing his own secrets, before the coronation.
Siena has been working very hard and getting better at both her school in the human world, and the work Tomas gives her. However, she still struggles with performing the greatest application of her gift. Though she is uncertain whether she even wants to rule over Tyren, she knows exactly what she has to do when she receives letters from an evil wizard who threatens to take the gift of life from, and possibly kill, either her or her younger sister, Sophia.

plz update!!! This story is great and I just can't wait till you update cause I hate cliff hangers!!! They always make me nervous!!! Luv the story by the way! XD

Ooooh! Way to leave a cliffhanger there. Please update soon. Does she live? Why does Tomas hate Blake? Does Siena love Blake? Tell me more!! Thanks

I actually have alot of the story written out i just havent uploaded it, thanks for showing interest c: i will update more often

Can't wait to read this book! Just sent a message to one of my friends saying that she should read this book series because she into fantasy stories like this. Thank you so much for making a book like this!!!

Gurl I not giving spoilers xD