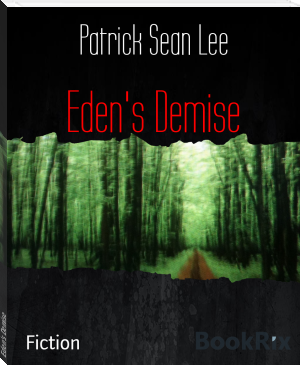 Marvin Fuster has died and gone to Heaven alongside his friend Anselm the angel. Back on earth, John Delilah has married Amy and wins the governorship, moving the state forward with enlightened leadership. They have two children; Maribeth Ann and Marvin James.

Maribeth de Torres, nee Harris, has buried two men she loved; Marvin the wacky bum turned scientific genius, and Robert, the head servant at the Governor’s Mansion. She meets a young author, Antonio de Torres, while attending classes at Denver University, and after graduation, they marry.
Years fly by, and Denver grows to become the magnetic “True North” of Cosmopolitan culture, surpassing New York City, Chicago, London, and San Francisco, drawing the new deans of enlightened art and thinking to the pearl sitting at the base of the Rocky Mountains. But all is not well in this new spiritual Eden. As idyllic as the city’s thinking and forward movement have become, the underbelly of greed and evil have risen as well, threatening to unravel everything good and pure that has been gained.
One Medford Stenchcomb has returned home from California to wreak revenge on former Governor Harris, Maribeth’s father, as well as ruin the city. Alongside John Sampson, recently released from prison, bent on murdering John Delilah, the two men discover documents that will not only astonish the world, but bring them wealth…and bring the new house of “royalty” to its knees in scandal.

Young Maribeth Ann Delilah, college student and Bohemian-natured genius in her own rite, stumbles onto the plot. Alone on the trail of leaked documents and murderous threats to two people she loves, she sets out to discover their source before her “virtual” grandfather is assassinated, in a journey that will take her to the very gates of hell and back.

Enter Marvin, Robert, and Anselm to help her discover and put an end to the real danger of the plot unfolding.

Had to read this twice because I wanted to be sure that I hadn't missed any details. You're really good at painting out a scene and setting up the plot via that scene for readers.
It makes for a much more enjoyable read and I love that none of your characters are ever flat, they might be subtle or strange or loudly quiet...but they're always dynamic :D
How soon will you post more up?

Thanks, Angely. That does my writer's heart good at a particularly tough time.

I've been pretty busy with the contest and work, but I've pretty much finished the plotting phase, and now I can revise what's on here (I think I can do better, lol), then move into action with my... Show more

Thanks, Angely. That does my writer's heart good at a particularly tough time.

I've been pretty busy with the contest and work, but I've pretty much finished the plotting phase, and now I can revise what's on here (I think I can do better, lol), then move into action with my cast. Hopefully I'll have more up soon:)

A, that's a very good point. I think it depends a lot on genre. One doesn't want to open a Thriller with long expository sections, lol.

Hi. I just read the first few pages you've set down here...impressive stuff. I particularly enjoyed the detail you employ: descriptions etc. Many writers seem to be in too much of a rush to get to the 'car chase' in their stories. Good luck with the rest...I'm looking forward to the next installment.