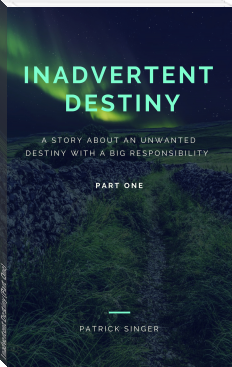 The Grey family are your average, everyday family who owns a business and lives in a small community; Eleanor and Emery Grey are middle-class business owners…..or so they seem.  One day, the town’s people wake up and find every member of the family missing and it is all the reason for the eldest Grey child, Evan, to return back to the community he had spent most of his adult life avoiding.

Evan Grey wanted no trouble; not from his parents and certainly not from their community and leaving seemed the most logical thing to do. But a few years after his relocation, he is forced to return to find his family, who mysteriously went missing. Evan's homecoming reveals secrets about his parents and himself that leaves him confused. Secrets that go beyond their small island community, beyond their country, and beyond their own world. Secrets that have Evan questioning his origins and how well he knew himself and his own parents.

However, with uncovered secrets come unknown responsibilities, and the eldest Grey child may just be the key to saving an entire world.

Eleanor and Emery Grey had no idea what they were doing when they opened up an entrance into a different world, they were also blinded by curiosity when they stepped into this entrance, but they come to find out many years later that every action has consequences, no matter how long it may take. And for them, it might be losing a child.

This Book is Part of a Series "Inadvertent Destiny"
All Books in this Series: