A Dog and Unclean: The Adventures of Miss Gregory 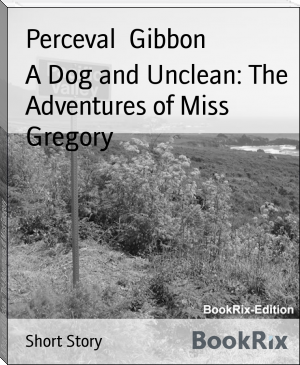 Perceval Gibbon (4 November 1879 – 30 May 1926) was an author and journalist, serving for the Rand Daily Mail in South Africa, as well as for other publications. He is best remembered for his short stories, the best of which often contained an ironic twist at the end.

He was born in Trelech, Carmarthenshire, Wales, and was educated in the Moravian School, in Koenigsfeld of Baden, Germany. Gibbon worked as a merchant mariner, traveling in Europe, Africa, and the Americas. Perceval Gibbon was a friend to the writer Joseph Conrad, and dedicated his book "Flower o' the Peach" to Joseph Conrad and Jessie Conrad.