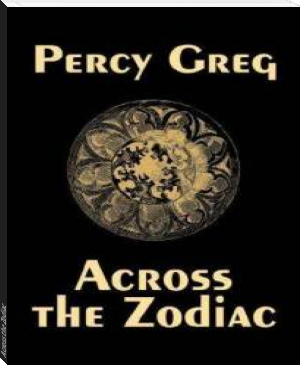 Across the Zodiac: The Story of a Wrecked Record is a science fiction novel by Percy Greg, who has been credited as an originator of the Sword and planet sub-genre of science fiction. The book details the creation and use of apergy, a form of anti-gravitational energy, and details a flight to Mars. The planet is inhabited by diminutive beings; they are convinced that life does not exist elsewhere than on their world, and refuse to believe that the unnamed narrator is actually from Earth. (They think he's an unusually tall Martian from some remote place on their planet.) The book's narrator names his spacecraft the "Astronaut." The book contains what was probably the first alien language in any work of fiction.