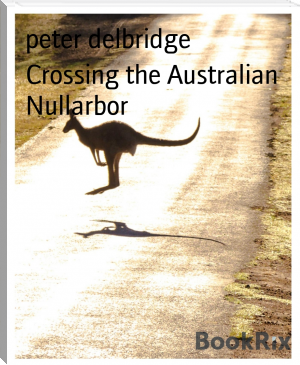 All events are true.

An adventure about crossing the Nullarbor. The world’s largest area of flat bedrock. Covering two Australian states, and is larger in size than many countries. Here is a desolate landscape, void of trees, eg the Latin word nullus which means no trees.

It includes the worlds longest straight road, between Balladonia and Caigunga, 147kms, (90 miles), which caves through a barren dry void.

Parts of the road run along the Great Australian Bight, giving rise to some of the most specular views as the Indian Ocean crashes into the rugged coastline.

It is also a popular tourist site and conservation park for the viewing of the Humpback Whale.

The story tells of a crossing just after the completion of the road, on a small partly damaged motorbike. A top speed of 50 kms using a makeshift headlight in the way of the blinkers staying on. Hitting bulldust, sleeping on an airfield, bathing in cattle troughs, breakdowns and successes.

Also how in the outback, a breakdown could be fatal if not for humanity to show its best in experiences on the farm.

Lightening brighter than the sun, with a noise that would quieten the Bismarck as a Nullarbor storm passes. The next day no evidence of mother natures power in other crossings.

With views of the night sky erasing the harshness of the day, but always reinstated with the ensuring sunrise that follows.

To finish the Nullarbor boasts the Worlds longest golf course, hole one in Ceduna, (South Australia) with the final hole in Kalgoorlie (Western Australia), 1365 Kms, (850 miles) away.