Fight against the Stupidy of racism

Part I By: Peter Jonalik 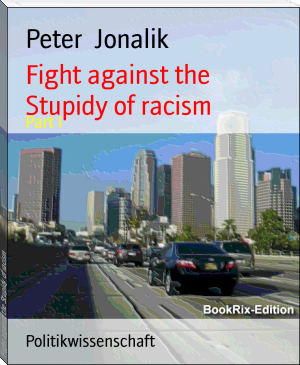 Summary:
The worst crime is racism, as it can end in genocide, as happened in the US, Turkey and Germany.
Many people believe there are different races, but that is completely wrong. 7 billion people on this planet share about 99% of the DNA. Cultures, skin colors and religions may be different but nevertheless all humans are a race. no one is better than the other. Some are richer than others, which is OK, because estate tax, land tax and land transfer tax are also a crime against humanity, and this also applies to different levels of tax rates. A completely equal tax rate of 10% is quite appropriate. The interest rate at the banks and the taxation of interest is also a crime against humanity, because the money that is on the bank is already taxed.
To combat racism, it is necessary to fully educate people, to make them aware that there is only one humanity. Different skin colors, different religions and different cultures but only one humanity, due to at least two emigration waves from the East African trench where humanity originated.
Nobody has the right to judge other cultures. Nobody has the right to decide if a person receives Aysl. No one has the right to set quotas for asylum seekers.
The EU also violates human rights because it has set quotas for asylum seekers but also because the EU shelves asylum seekers.