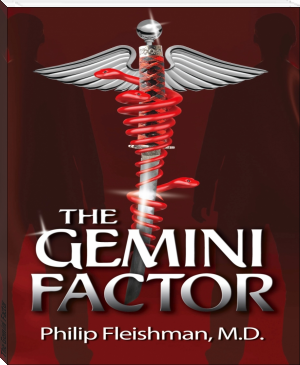 
In Toronto, Inspector Raid McTavish stares at the body of the young woman carefully posed in a bed of purple iris, her throat slashed, almost beheaded, her hands placed to cover her empty eye sockets. He knows this is not a random murder, but the first of more to come. What he doesn't know is that 2,000 miles away in Tucson, Arizona, Sergeant Gary Ronstadt is viewing an identical crime scene.


Months later, McTavish and Ronstadt meet at a seminar on telepathy between identical twins, where they are shocked to discover that not only are they investigating identical murders, but their lives are intimately linked by a number of inexplicable similarities and coincidences.


While working together to unravel the clues purposely left by the killers, the detectives realize they have but five days to find the killers before they strike again, only this time the killings will be much closer to home.