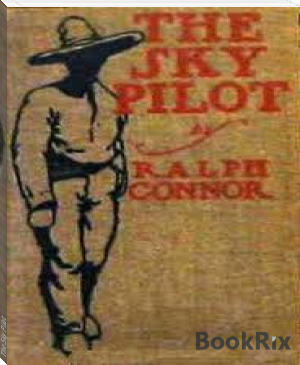 Rev. Dr. Charles William Gordon, or Ralph Connor, (September 13, 1860 – October 31, 1937) was a Canadian novelist, using the Connor pen name while maintaining his status as a Church leader, first in the Presbyterian and later the United churches in Canada. Gordon was also at one time a master at Upper Canada College. He sold more than five million copies of his works in his lifetime,[1] and some of his works are still in print.

Gordon was born in Glengarry County, Ontario, the son of Rev. Daniel Gordon (1822–1910) and Mary Robertson Gordon (d. 1890). His father was a Free Church of Scotland Missionary in Upper Canada. The family moved from Glengarry to Harrington, Oxford County, Ontario when he was a youth. Like many other young men in the area, Gordon went to Toronto to study at University of Toronto. He then attended Knox College and graduated with distinction in 1886.