The Rules of Being An Alpha 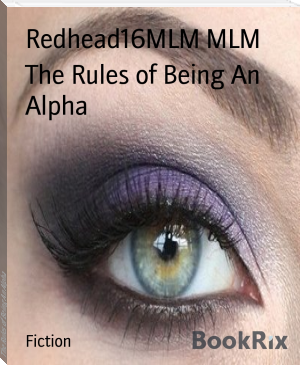 Gretel Varel finds herself stuck doing The Trilogy's homework. A The Trilogy is the three most popular girls in every school.

Gisele, Nylandra, and Stella. She finds things she can use to ruin Gisele's reputation. At the same time she tries to get Bryan Miche's attention. Gisele has the same boy in mind, while trying to outdo Stella, who is without a doubt an incredibly beautiful girl. One look and you either like or hate her.

Bryan knows these girls love him, but he has other ideas. Not only are his contacts drying his eyes, he falls for a new girl from California. A Californian girl might make the popularity standards in New York, but Tracy feels like an outcast stylewise. She thinks of Bryan as a friend, nothing more.

Meanwhile, she falls for bad boy Tom Farlo. Tom likes her back, and absolutely hates Bryan. He becomes jealous and tries to throw him out of Tracy Prinn's life. Will these people find what they really want? Or will everything blow up in their faces? Gretel's ex-boyfriend Finch Fand gets caught in the web of love and lies and thinks of Bryan as his arch rival. They battle rivals, boys, dorks, teachers, drama, and all that shiz.