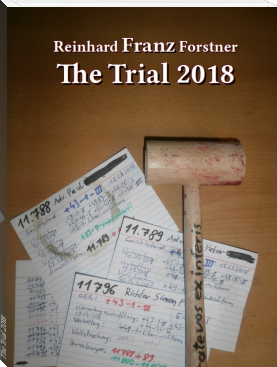 The honorable judge Simon F. is now divorced and he is looking into a bright future. But when he wakes up one morning, strange men invaded his home that arrest him later on and set him free afterwards. As the situation looks familiar, the judge investigates the possibility of a trial, about which he once read in a book. One hundred years ago, a novelist by the name of Franz Kafka wrote about a trial that rather looks similar to his situation.

While the story keeps twisting and turning, the judge tries to use Kafka’s book as a guideline to hold his ground. Can he wriggle himself out of this trial or will he be crushed like a worm?