Have you already forgotten everything? By: RICHARD von LENZANO 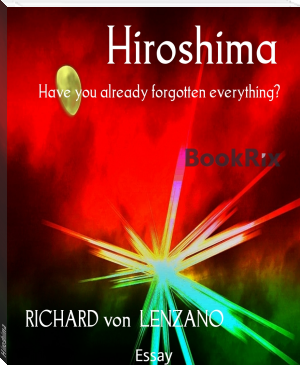 A text that creates tension and whose precise descriptions shock the reader immersed in a brutal event not to be forgotten.

The chronological narrative which deliberately depicts the moments until the bomb was dropped and the cruel consequences for the people of Hiroshima and Nagasaki,

consequences difficult to endure. One thinks to feel the devastating heat, like a hellfire…the pain, the suffering of the people.

Have you forgotten everything?

A question that that should touch, shake and remind us, because the cloak of fogetting often covers history, if we don’t learn from the past, mistakes will be repeated.

Even today the world powers think of new weapons which can destroy mankind and the earth.

Let us hope that they will never be used.