The Expositor's Bible:The Book of Numbers

By: ROBERT A. WATSON 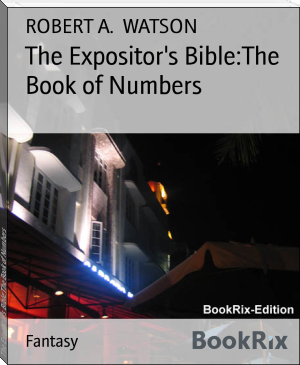 Robert A. Watson (born October 14, 1960) is an American attorney and Republican member of the Rhode Island House of Representatives, representing the 30th District since 1992. His district includes parts of East Greenwich and West Greenwich. He is a former House Minority Leader. He was arrested twice for marijuana possession.Early life, education, and law career[edit]
Watson was born in 1960 in Providence, Rhode Island. Hee attended Bishop Hendricken High School in Warwick. He earned a Bachelor of Arts degree at the University of Denver in 1982, and attended the Columbus School of Law of the Catholic University of America, graduating with a Juris Doctor degree in 1986. Watson is a practicing attorney and member of the Rhode Island and American Bar Associations.[4]