A Letter from Major Robert Carmichael-Smyth to His Friend, the Author of 'The Clockmaker' 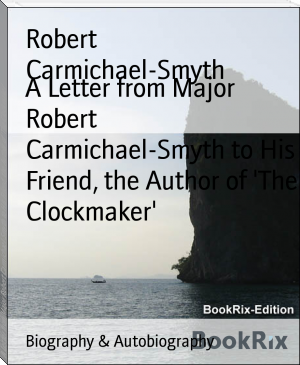 Between the publication of Millington Synge’s two monographs, Major Robert Carmichael-Smyth had his own pamphlet published in 1849: “A letter from Major Carmichael-Smyth to his friend the author of ‘The Clockmaker’1 containing thoughts on the subject of a British colonial railway communication between the Atlantic and the Pacific from the magnificent harbour of Halifax, in Nova Scotia...to the mouth of the Frazer’s River, in New Caledonia...or such other port as may be determined upon”.

Her hair catch on fire? That sounds as stupid as white people are more superior to black people... Oh wait they're probably relatives