A General History And Collection Of voyages And Travels, Vol. 1 Fiscle (Part-I) 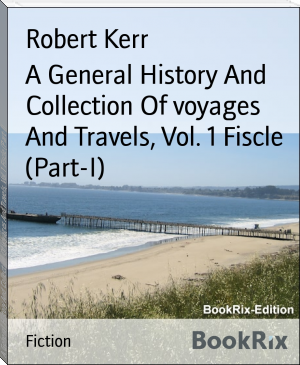 Kerr was born in Roxburghshire as the son of a jeweller. He studied medicine at the University of Edinburgh and practised at the Edinburgh Foundling Hospital as a surgeon. He translated several scientific works into English, such as Antoine Lavoisier's work of 1789, Traité Élémentaire de Chimie, published under the title Elements of Chemistry in a New Systematic Order containing All the Modern Discoveries, in 1790.[1] In 1792, he published The Animal Kingdom, the first two volumes of a four-tome translation of Linnaeus' Systema Naturae, which is often cited as the taxonomic authority for a great many species. (He never did the remaining two volumes.)