A General History And Collection Of voyages And Travels, Vol. 13 Fiscle (Part-I) 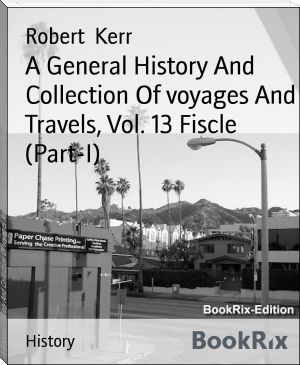 also known as HM Bark Endeavour, was a British Royal Navy research vessel that Lieutenant James Cook commanded on his first voyage of discovery, to Australia and New Zealand, from 1769 to 1771.

She was launched in 1764 as the collier Earl of Pembroke, and the Navy purchased her in 1768 for a scientific mission to the Pacific Ocean and to explore the seas for the surmised Terra Australis Incognita or "unknown southern land". The Navy renamed and commissioned her as His Majesty's Bark the Endeavour. She departed Plymouth in August 1768, rounded Cape Horn, and reached Tahiti in time to observe the 1769 transit of Venus across the Sun. She then set sail into the largely uncharted ocean to the south, stopping at the Pacific islands of Huahine, Borabora, and Raiatea to allow Cook to claim them for Great Britain. In September 1769, she anchored off New Zealand, the first European vessel to reach the islands since Abel Tasman's Heemskerck 127 years earlier.