A General History And Collection Of voyages And Travels, Volume Ix. Fiscle (Part-I) 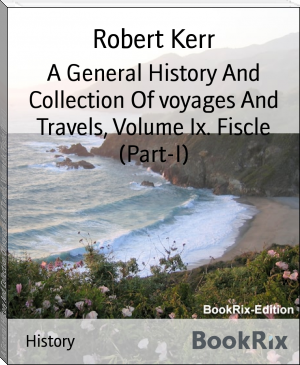 This historic book may have numerous typos and missing text. Purchasers can download a free scanned copy of the original book (without typos) from the publisher. Not indexed. Not illustrated. 1812 edition. Excerpt: ...of maize, twenty fowls, three jars of honey, and some fruit and salt. Cortes made inquiry as to how the reverend fathers had fared; but they were well off, as every soldier gave them a share of what they had procured. Such are the hardships of military expeditions in unexplored countries. Feared as he was by the soldiers, our general was pillaged of his provisions, and in danger of starving, and both he and captain Sanddval were indebted to me for their rations. On continuing our march from the river for about a league, we came to the trembling marshes, where our horses had all been nearly destroyed; but the distance across did not exceed half a bowshot, between the firm ground on either side, and we got them through by main force. When we were all safe over, and had given thanks to God for our safety, Cortes sent on to Huy-acala for a fresh supply of provisions, and took care not to have these plundered like the former; and on the ensuing day, our whole army arrived early at Huy-acala, where the chiefs had made ample preparation for our reception. Having used every proper means to conciliate the chiefs of this nation, Cortes inquired from them as to the country we had still to march through, and whether they had heard of any ships being on the coast, or of any Europeans being settled in the country. He was informed, that at the distance of eight days journey, there were many men having beards like ourselves, who had horses and three ships. They also gave the general a map of the route, and offered every as« Vol. iv. Part I1. R sistance sistancc in their power; but when asked to clear the road, they represented that some of their dependent districts hail revolted, and requested our assistance to reduce them to obedience.