A Child's Garden of Verses Verse 130 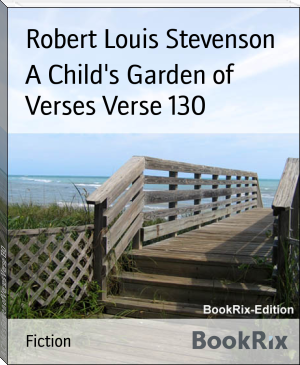 Robert Louis Balfour Stevenson (13 November 1850 – 3 December 1894) was a Scottish novelist, poet, essayist, and travel writer. His most famous works are Treasure Island, Kidnapped, and Strange Case of Dr Jekyll and Mr Hyde.
A literary celebrity during his lifetime, Stevenson now ranks among the 26 most translated authors in the world.[1] His works have been admired by many other writers, including Jorge Luis Borges, Bertolt Brecht, Marcel Proust,