The Strange Case of Dr. Jekyll and Mr. Hyde 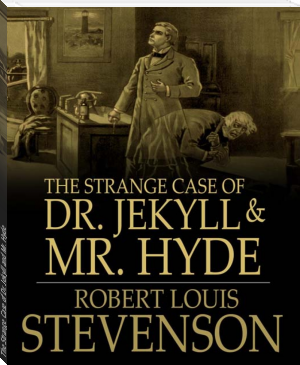 John Utterson, a prosecutor, is on his weekly walk with his relative, who proceeds to tell him of an encounter with a man he had seen some months ago while coming home late at night from Cavendish Place. The tale describes a sinister figure named Edward Hyde who tramples a young girl, disappears into a door on the street, and re-emerges to pay off her relatives with 10 pounds in gold and a cheque signed by respectable gentleman Dr. Henry Jekyll (a client and friend of Utterson's) for 90 pounds. Jekyll had recently and suddenly changed his will to make Hyde the sole beneficiary. This development concerns and disturbs Utterson, who makes an effort to seek out Hyde. Utterson fears that Hyde is blackmailing Jekyll for his money. Upon finally managing to encounter Hyde, Hyde's ugliness, as if deformed, amazes Utterson. Although Utterson cannot say exactly how or why, Hyde provokes an instinctive feeling of revulsion in him. Much to Utterson's surprise, Hyde willingly offers Utterson his address. After one of Jekyll's dinner parties, Utterson stays behind to discuss the matter of Hyde with Jekyll. Utterson notices Jekyll turning pale, yet he assures Utterson that everything involving Hyde is in order and that he is to be left alone.