THE BOOK OF THIS AND THAT 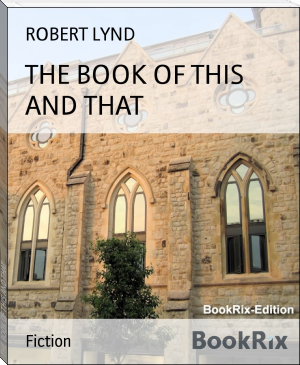 Robert Wilson Lynd (Irish: Roibéard Ó Floinn, 20 April 1879 – 6 October 1949) was an Irish writer, an urbane literary essayist and strong Irish nationalist.
He was born in Belfast and educated at Royal Belfast Academical Institution, studying at Queen's University. His background was Protestant, his father being a Presbyterian Church Moderator.

He began as a journalist on "The Northern Whig" in Belfast. He moved to London in 1901, via Manchester, sharing accommodation with his friend the artist Paul Henry. Firstly he wrote drama criticism, for "Today", edited by Jerome K. Jerome. He also wrote for the "Daily News" (later the News Chronicle), being its literary editor 1912 to 1947.