FROM HADES TO UTOPIA By: Robert Stetson 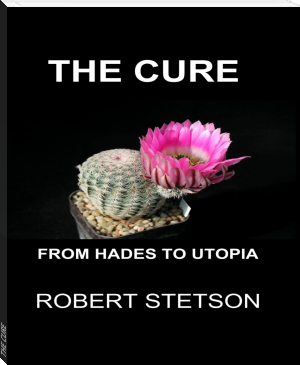 According to the United States Government, the events depicted in this book never actually ever happened.
A wife dies of cancer while her husband, a physician watches helplessly.
He creates a machine that can cure all the cancer on Earth along with infectious disease, but the United States Government, the pharmacological companies, the hospitals, the medical association and the mob all want him dead.
Why wouldn’t anyone want the scourge of cancer eradicated forever? It would destroy the economy of the world and render rich and powerful people suddenly poor.