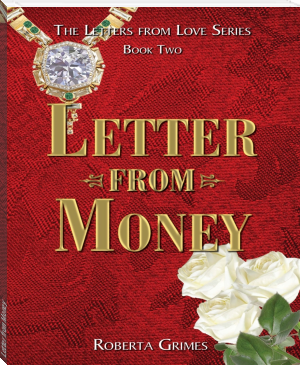 Although Liz Lyons and Jack Richardson never stopped loving one another, their lives have taken them in different directions. Liz remains in Atlantica, a tiny island far removed from Western civilization, while Jack has returned to New York to look after his business interests. When Jack brings his family to the United States in the wake of the 9/11 attacks, old feelings resurface. They give their marriage another chance.

The couple's son, Rex, doesn't adapt well to the move. Having spent the first twenty-three years of his life in a society that doesn't acknowledge even the concept of ownership, he is stunned to find himself the sole heir to a fortune in the tens of billions. He is appalled by the spiritual isolation and lack of personal autonomy at the core of American existence.

As Rex learns to cope with his new life, he brings a fresh perspective to Jack's business affairs, and eventually to Jack's whole worldview. With Rex as the driving force, Jack begins to use his wealth to try to revitalize and restore America. Can the spiritual wounds of a bitterly divided nation be healed through the efforts of one family?

Letters from Love is a seven-novel saga that tells five fresh and engaging love stories. Spanning almost five hundred years, the series will give you a new appreciation for your own glorious potential.