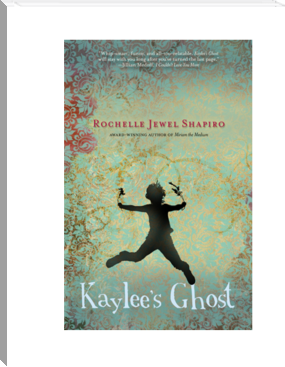 Grandmother Miriam, thrilled that her granddaughter, Violet, seems to be psychic, wants nothing more than the chance to mentor her way her own Russian grandmother, Bubbie, had done with her. But Cara, Miriam's daughter, a modern businesswoman who remembers all too well the downside of living with her psychic mother, digs in her heels. As things become more fractious in the family, Violet, a brilliant and sensitive child, is torn between her mother and grandmother, until Miriam's gift backfires, bringing terrible danger to those she loves. Can Miriam put things right in time, or is it already too late? A mesmerizing story about life here on Earth and after we've passed on, Kaylee's Ghost is also a domestic drama spanning five generations, a tale about forgiveness, letting go and discovering who we are meant to be, no matter how unusual.

Family relationships are hard enough without your mother being psychic and knowing everything about you before you know it! This was a page turner and I hope you give us the rest of the story quickly!