A GUNNER ABOARD THE "YANKEE" 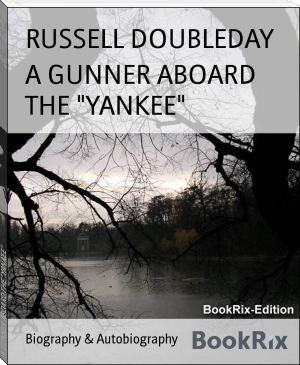 A GUNNER ABOARD THE "YANKEE"

1896
Russell Doubleday (May 26, 1872 in Brooklyn – June 14, 1949 at Glen Cove, Long Island) was an American author, editor and publisher, the brother of Frank Nelson Doubleday and son of William Edwards Doubleday and Ellen Maria "Ella" Dickinson.

He served in the naval militia in the Spanish-American War. From 1909 to 1912, he was the advertising manager for his father's publishing firm, Doubleday, Page & Company. Later, he was its vice-president, secretary and a director. For much of his career, he was director of the editorial department. For a time after 1928, he edited the magazine, World's Work.