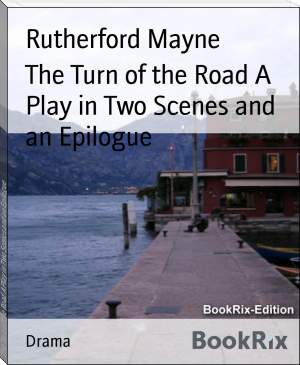 Born in Japan in 1878, son of Reverend Hugh Waddell, a Presbyterian minister and lecturer at the Imperial University of Tokyo, Rutherford Mayne is the pen name of actor and playwright Samuel John Waddell. He helped to found the Ulster Literary Theatre 1904 and his first play, The Turn of the Road, was produced by the theatre in Belfast in 1906. He wrote over a dozen plays and one of his best-known works, The Drone, had its first performance in 1908 in the Abbey Theatre.

I’ll never be back

He is freed from prison but he won’t be celebrity anymore because of he is infamous for murdered his ex-wife and her boyfriend. No one cannot like him because they afraid of him who killed them. He will never return as actor on films anymore since 1995