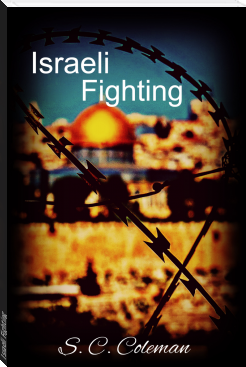 DISCLAIMER: THIS BOOK IS NOT PROMOTING KRAV MAGA. THERE IS NO SPECIFIC MARTIAL TEACHINGS OUTLINED IN THIS BOOK. FURTHERMORE, THIS IS ONLY DESIGNED TO EXPLAIN THE CLOSE QUARTER COMBAT METHODS DESIGNED AND USED BY THE ISRAELI PEOPLE.

People like to fight, it’s our nature. Israel is a great example of a country built around combat. Israel currently faces conflict daily, surrounded by people that want them dead. If it weren’t for the fighting styles created out of Jewish suffering the nation of Israel would not be what it is today. In fact, Israeli probably wouldn’t exist without a forge to harden the will of its people. This short book will give descriptions of the different combat methods used by the Israeli people. Haganah, the precursor to Krav Panim El Panim, is described here. Also, this short book will describe Krav Maga, its creator Imrich Lichtenfeld, and the origins of this Israeli Martial Art. The most important combat system used to today, Krav Panim El Panim, will be the focus of this manifesto. Which method is most effective of the Israeli systems? This book is intended to expand the horizons of understanding and show there is more to Israeli close quarters combat than just Krav Maga.

THE WORLD COMMUNITY MUST AND ALWAYS WORK FOR PEACE, REDUCE POVERTY, AND OUR
CHILDREN, EVERYWHERE MUST BE FED PROPERLY, A HUMANITARIAN CULTURE, COMPASSION,
AND CONCERN FOR OUR FELLOW MAN, VALUE HUMAN LIFE SHARE THE WEALTH.

Can Donald Trump be blackmailed? The answer is yes. Does Russia have
compromising material about Donald Trump's behavior? The evidence is mounting
and the appearance is grave. This is our system of governance. No one person
is above our security. This is a shameful, outrageous situation brought to us
by Donald Trump. He is responsible!