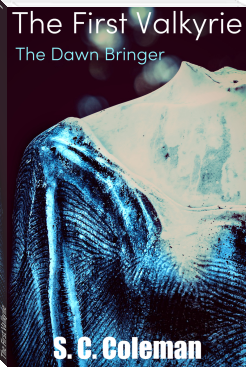 Where did the Valkyries come from? We know them as avenging angel women. They wore bright armor and rode flying horses into battle. Well, there are many legends about them. Here is one more to add to the valkyrja lore. Working with myth, it is sometimes necessary to take liberties with historical folklore. Ok, ok, you got me. There are a lot of liberties taken with this book. In fact, this story does not take place on Earth; at least not what we know Earth to be. At the turning of an age, this world is struggling to oppose a dark force. The well named Dark Queen Magiya is waging war on the whole continent. If her war continues, then soon there will be only beasts inhabiting the world. A young woman, named Eleesa, begins her journey that will culminate in the showdown of ages. The Kingdom, or Queendom, she comes from is known as Bahl. It just so happens, the Dark Queen Magiya rules the land that Eleesa was born in. Eleesa must escape this place to find her true nature. She must first endure a series of tribulations. During her journey she will face a house filled with snakes, a jealous queen, and a mountain infested by bear men. She will meet a bundle of misfit companions along the way including; Diodo the Writer, Jaco/Marco, and even a venomous snake. Her counter-part, Queen Magiya, is busy waging war on the land. At the right hand of the Queen is a General named Hamo. He is a famous General caught between light and darkness. Will Eleesa survive? Will the Dark Queen take over the world? Will General Hamo find peace? You may not like the answer. The forces of light and dark will fight for the souls of those damned few caught in the middle. Enjoy this account of how the first valkyrja was born.