A Composite Novel Of American Politics By Fourteen American Authors 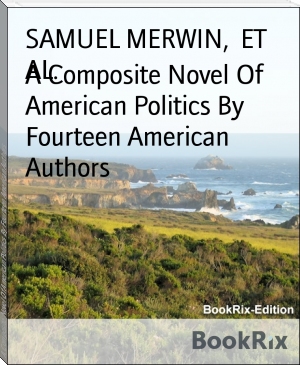 At a certain committee meeting held in the spring of 1916, it was agreed
that fourteen leading American authors, known to be extremely generous
as well as gifted, should be asked to write a composite novel.

As I was not present at this particular meeting, it was unanimously and
joyously decided by those who were present that I should attend to the
trivial details of getting this novel together.

It appeared that all I had to do was:

First, to persuade each of the busy authors on the list to write a
chapter of the novel.

Second, to keep steadily on their trails from the moment they promised
their chapters until they turned them in.

Third, to have the novel finished and published serially during the
autumn Campaign of 1917.

The carrying out of these requirements has not been the childish
diversion it may have seemed. Splendid team work, however, has made
success possible.


Every author represented, every worker on the team, has gratuitously
contributed his or her services; and every dollar realized by the serial
and book publication of "The Sturdy Oak" will be devoted to the Suffrage
Cause. But the novel itself is first of all a very human story of
American life today. It neither unduly nor unfairly emphasizes the
question of equal suffrage, and it should appeal to all lovers of good
fiction.

Therefore, pausing only to wipe the beads of perspiration from our
brows, we urge every one to buy this book!