A Publisher and His Friends

Memoir and Correspondence of John Murray By: Samuel Smiles 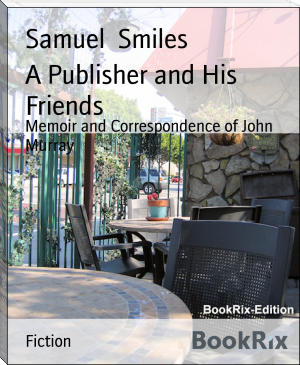 Samuel Smiles (23 December 1812 – 16 April 1904), was a Scottish author and government reformer, who campaigned on a Chartist platform. But he concluded that more progress would come from new attitudes than from new laws. His masterpiece, Self-Help (1859), promoted thrift and claimed that poverty was caused largely by irresponsible habits, while also attacking materialism and laissez-faire government. It has been called "the bible of mid-Victorian liberalism",[1] and it raised Smiles to celebrity status almost overnight.