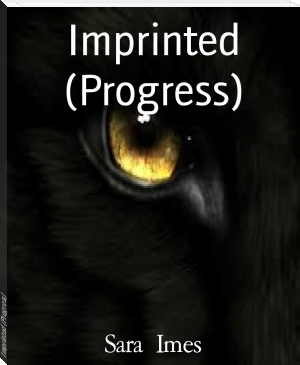 Seth Mason is a Rouge werewolf. Rogue werewolves can't control their shifting during a full moon, when their powers at their fullest. In the Crestfallen Society, Rogue werewolves are supposed to be killed on sight, unless they can prove they are able to control their shifting. When Seth was younger he was an outcast to his pack for not being to be able to control his shifting. It was even more worse since his father was the pack leader, the pack leader of the most powerful werewolf clan. Well, they were the most powerful clan, until Seth killed them all, including his mother, the only person in the pack who didn't hate him.

Now, Seth being Nineteen, he's the pack leader of the most powerful and dangerous pack in the Crestfallen Society, doing secret assasination jobs for one of the head counil members of the Crestfallen Society. But what happens when Seth encounters a target that the head counil member wants dead and Seth imprintes on her? Well, surely it can't be that bad, only if she wasnt a human-vampire hybrid.

Thanks for ur feedback :D

XD i was kidding

I really love this book it's well done

I just want to say thanks for everyone who like and have read my book so far! I really appreciate you guys!

Thanks everyone for reading and adding my book to your guys favorites! I really appriciate it!

Just updated my book! Check it out please!

Sorry it's taking me so long to update my book, Ill have it updated soon!

I was unable to read this earlier but now I am up to date.

I really like the story line. It is well told and not rushed. However, it needs to be proofread to make it really good and easy to read. Other than that, thumbs up.

Keep me posted when you update.

God luck with that...

Updated my book, Imprinted' last night. Check it out, please!