"Just sometimes, you meet someone who leaves an indelible mark, on your soul..." ~Unknown By: Selena F. 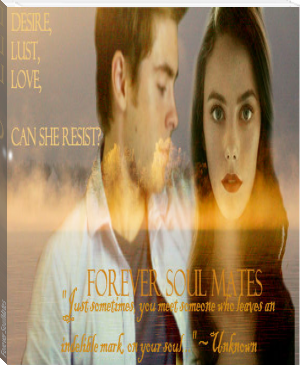 Lea Richardson grew up so fast. When she was younger, she always wanted to live a simple life, but her childhood ended so quickly. Her parents got into a car accident, so she have to deal with the death of her mother and her father being in a coma. The only thing that kept her going is her Mom’s dating business.

3 years later, she is getting her mom’s business back on track as the owner. There she meets Drake on the elevator and she immediately becomes attracted to him. From his good looks and to his good charm, it was making it very hard for her to resist. It made it a lot harder that he is part of the Knight family, who are original vampires, and they want her to help him find his soul mate.

When she leaves Seattle to Los Angeles, she gotten more than she bargain for. As Lea helping Drake, they become closer, so it becomes hard for her to believe the attraction they have each other. Soon, the past starts to haunt her as she finds out more on what happen the night of the car crash. A lot of things get worse as two people are after her. Instead of reaching out for help, Lea tries keeping it all to herself. But, holding it in leaves her fighting for her life. She is now torn between leaving and following her heart to a man who seem to have trouble letting her go.

Can Lea be able to fight through her problems and open her heart, or will things end in chaos?

This Book is Part of a Series "Forever Soulmates"
All Books in this Series:
Read Book Download
Keywords:
romance, vampire, love, soul mate
Posts and Comments

This book is unique and original. Your ability to think past cheesy plotlines is impressive. You are amazing. I look forward to reading your other books.

completed the book straight in a day...it was awesome!!!

I did luv the starting 2 WILD HEART but when r u gonna finish it? Really awesum writing skills!

Thank you :) I'm going to try and finish it during the summer because I'm busy during school.

I'm going to try and finish it during the summer because I'm busy during school.

lol I did finish the book. I'm still working on the second book to the series.

It's getting so good! Please continue the story!

Hi.. Loved your book!! love the story
Plzz continue writing coz i really wanna know what happens next :)

OMG, I loved so much!!
I stayed up the whole night finishing it.
Cant wait for the next one..

loved this book..cant wait for the next one

Woo.. This was a mind blowing book and i been so involved in it that i almost finished it up in few hours. You are an amazing writer and i cant wait anymore for the new book or update to come. I have read so many books till now and this was is one of the best. I am so much short of words to tell you how am i feeling now. But i just want to say ur the best.. Please let me know when u planning to update !!@!!

love it :)
please write the next book.