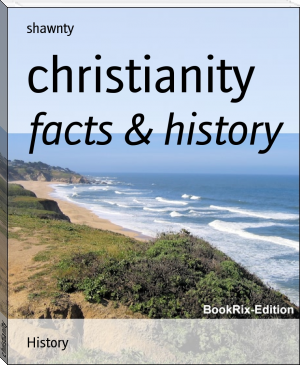 Christianity (from the Ancient Greek word Χριστός, Khristos, "Christ", literally "anointed one") is a monotheistic religion based on the life and teachings of Jesus as presented in canonical gospels and other New Testament writings. Adherents of the Christian faith are known as Christians.

Christianity teaches that Jesus is the Son of God, God having become human and the saviour of humanity. Because of this, Christians commonly refer to Jesus as Christ or Messiah. The three largest groups in the world of Christianity are the Roman Catholic Church, the Eastern Orthodox churches, and the various denominations of Protestantism. The Roman Catholic and Eastern Orthodox patriarchates split from one another in the East–West Schism of 1054 AD, and Protestantism came into existence during the Protestant Reformation of the 16th century, splitting from the Roman Catholic Church.

Christianity began as a Jewish sect in the mid-1st century. Originating in the eastern Mediterranean coast of the Middle East (modern Israel and Palestine), it quickly spread to Syria, Mesopotamia, Asia Minor and Egypt, it grew in size and influence over a few decades, and by the 4th century had become the dominant religion within the Roman Empire. During the Middle Ages, most of the remainder of Europe was Christianized, with Christians also being a sometimes large religious minority in the Middle East, North Africa, Ethiopia and parts of India. Following the Age of Discovery, through missionary work and colonization, Christianity spread to the Americas, Australasia, sub Saharan Africa and the rest of the world. In order to follow Jesus' command to serve others, Christians established hospitals, churches, schools, charities, orphanages, homeless shelters, and universities in the areas in which they spread Christianity.

Christians believe that Jesus is the Messiah prophesied in the Hebrew Bible, referred to as the "Old Testament" in Christianity. The foundation of Christian theology is expressed in the early Christian ecumenical creeds which contain claims predominantly accepted by followers of the Christian faith. These professions state that Jesus suffered, died, was buried, and was resurrected from the dead to open heaven to those who believe in him and trust him for the remission of their sins (salvation). They further maintain that Jesus bodily ascended into heaven where he rules and reigns with God the Father. Most denominations teach that Jesus will return to judge all humans, living and dead, and grant eternal life to his followers. He is considered the model of a virtuous life, and both the revealer and physical incarnation of God. Christians call the message of Jesus Christ the Gospel ("good news") and hence refer to the earliest written accounts of his ministry as gospels.

Nice short story on Christianity but it's not everything included about Christianity. Are you going to write a full book or is that all?

Messiah means savior but I see Christ in difference. I see him not as God but as one who is subjected to God. I am a Christian, so I do follow his teachings but I believe that Jesus is the Prince of the land While God is the king. It's a royal bloodline in my book but I don't see Jesus as God because God is the one who created Jesus through his spoken word and Jesus is that Word brought to life. I know everybody say that he... Show more

Messiah means savior but I see Christ in difference. I see him not as God but as one who is subjected to God. I am a Christian, so I do follow his teachings but I believe that Jesus is the Prince of the land While God is the king. It's a royal bloodline in my book but I don't see Jesus as God because God is the one who created Jesus through his spoken word and Jesus is that Word brought to life. I know everybody say that he is equal to God, but I'm not sure if I can equate him to God, since the creator is the one who made him, but I will say that he has all power on Heaven and in the Earth that God gave to him. It's a power that he readily admits his father gave him. He admits that he cannot do anything without his father, hence, the parable of the vineyard. That's one of many favorite stories of mine. My absolute favorite one though is when the woman is caught in the midst of adultery. :)