Facts & history about islam By: shawnty 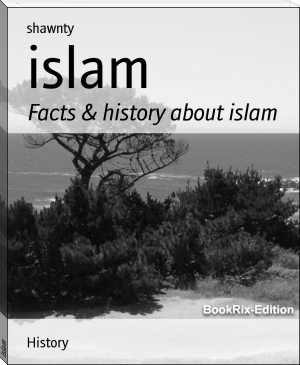 considered by its adherents to be the verbatim word of God (Arabic: الله‎ Allāh), and by the teachings and normative example (called the Sunnah and composed of Hadith) of Muhammad, considered by them to be the last prophet of God. An adherent of Islam is called a Muslim.

Muslims believe that God is one and incomparable and the purpose of existence is to worship God. Muslims also believe that Islam is the complete and universal version of a primordial faith that was revealed at many times and places before, including through Abraham, Moses and Jesus, whom they consider prophets.Muslims maintain that previous messages and revelations have been partially changed or corrupted over time, but consider the Qur'an to be both the unaltered and the final revelation of God.Religious concepts and practices include the five pillars of Islam, which are basic concepts and obligatory acts of worship, and following Islamic law, which touches on virtually every aspect of life and society, providing guidance on multifarious topics from banking and welfare, to warfare and the environment.

Approximately 75-90% of Muslims are Sunni and 10-20% are Shia. About 13% of Muslims live in Indonesia, the largest Muslim country, 25% in South Asia, 20% in the Middle East, 2% in Central Asia, 4% in the remaining South East Asian countries, and 15% in Sub-saharan Africa. Sizable communities are also found in China and Russia, and parts of Europe. With over 1.5 billion followers as of 2009 or over 22% of earth's population, Islam is the second-largest and one of the fastest-growing religions in the world.