Being the Memoirs Of Gaston De Bonne Sieur De Marsac By: Stanley Weyman 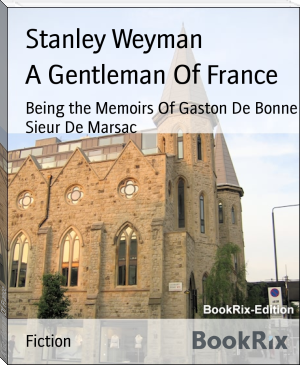 Stanley John Weyman (August 7, 1855 - April 10, 1928) was an English novelist[1] sometimes referred to as the "Prince of Romance".
Weyman (pronounced "why-man") was born at Ludlow, Shropshire. The second son of a solicitor, he was educated at Shrewsbury School, and at Christ Church, Oxford. He took his degree in modern history in 1877, and was called to the bar at the Inner Temple in 1881, joining the Oxford circuit.