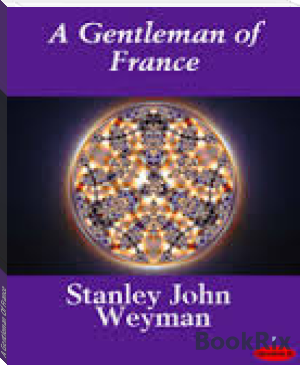 Weyman (pronounced "why-man") was born at Ludlow, Shropshire. The second son of a solicitor, he was educated at Shrewsbury School, and at Christ Church, Oxford. He took his degree in modern history in 1877, and was called to the bar at the Inner Temple in 1881, joining the Oxford circuit.

He practised as a barrister for eight years until, in 1889, he wrote his first novel entitled The House of the Wolf. This was followed over the following two decades by the novels which were to make his reputation, among them historical romances set amidst the turmoil of 16th and 17th century France. (His entire output is discussed in the annotated bibliography included in the external links below.) He became a great traveler, sometimes in company with his fellow bestselling novelist Henry Seton Merriman.

While for years his best-selling historical romances enchanted thousands of readers — Robert Louis Stevenson and Oscar Wilde were among his enthusiastic readers — today his books are mostly neglected.

Graham Greene was a great admirer of Weyman. He mentions him several times in his Collected Essays.[2] In a BBC interview in 1970, he said: "I made a collection once of what I called the key books in my life, which included Anthony Hope, Rider Haggard, Captain Gilson,... and I do occasionally re-read them. Stanley Weyman in particular."[3]